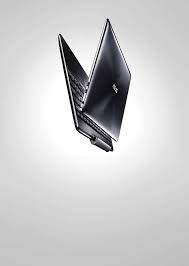 An Open Letter to the Baltimore County Public Schools Board of Education, County Council and Executive Johnny Olszewski:

The vast amount of wasteful spending on the laptop-per-student program known as STAT has created a long-looming fiscal crisis in Baltimore County Public Schools and the county.

A recent 2019-20 budget proposal revision that would slash promised teacher pay increases — sparking protest — is the latest indicator of how dire the situation has become. Teachers are education’s greatest assets and many classroom needs — smaller class sizes, etc — have been sideswiped since this troubled program began with much fanfare in fall 2014.

For the newly elected school board members and county executive, who are increasingly aware of this scenario, here are a few articles pulled together during more than two years of following this issue in Baltimore County, MD. See various in-depth resources, data, citations, and records relevant to this crisis. What’s transpired at BCPS’ still-touted yet mostly failed digital initiative raises red flags for local and national school districts implementing or considering laptop-per-student programs.

The bottom line in Baltimore County:

* BCPS is overpaying for laptops (more than twice the industry and regional average, see link below) — under two contracts with the same HP-reseller, Daly Computers, for nearly $300 million.

BCPS also has been overfunding poorly designed software such as iReady and DreamBox — brought to the district under questionable ethical circumstances via the previous and current administration’s ties with controversial edtech broker ERDI. Such software or platform contracts are costing the district and taxpayers additional tens of millions of dollars.

* Laptops assigned one-per-student is considered developmentally inappropriate in younger grades K-2 even in digital education programs across the nation, and in many elementary schools in general. Increased screen time is a concern for children’s brain development (see groundbreaking NIH study and citation below), yet BCPS has ignored emerging science to irresponsibly insist on hours at school and home for children as young as six.

* BCPS’ lack of results, declining test scores, and innumerable problems with wifi connectivity — as well as counterproductive frustration among students being poorly “taught” via software that doesn’t work, and rampant student off-task gaming and internet surfing — reveal this overall program to be a clear fiasco.

Technology is needed in schools, yet BCPS in many cases does not even offer college-and career-ready software tools — in such areas as high school engineering studies. Since the advent of STAT under convicted former superintendent Dallas Dance and interim superintendent Verletta White, BCPS has instead contracted largely with start-up edtech companies making promises they can’t keep, and charging public taxpayers tens of millions of dollars in the meantime. For more info, and in links cited below:
More than $60 million in no-bid BCPS contracts linked to controversial private company

Please direct Interim BCPS Superintendent White to further cut this program in elementary schools: eliminating devices in grades 1 and 2 or possibly moving to a more amenable 3:1 ratio or providing devices on carts to various classrooms during a transition. These options alone would save tens of millions of dollars. Other changes (also pulling unnecessary devices out of kindergarten ‘stations’) and a close fiscal review of tech use and various contracts is needed.

UPDATE: According to BCPS’ own Digital Conversion/STAT budget, more than $270 million was to be already spent by 2019, and that excluded most of the multi-million dollar digital curricula contracts, as well as most of the second round of laptops approved just last year. See 2016 Towson Flyer op-ed with link to the BCPS Digital Conversion/STAT budget. Overall costs were pulled back temporarily when the rollout to middle schools was slowed. Laptops assigned per student went to all grades 1-12 this past fall.)

In the end, an overhaul of the technology program is required — and fresh leadership is needed with a new superintendent who can approach the use of tech in schools with an objective eye to developmental appropriateness and longterm fiscal responsibility.

Additional resources, links within, among others:

* Software/platforms such as iReady widely criticized

* Laptop program brings no results (note this is a $300 million program in laptop costs alone with the second contract round approved, over just the first several years of the ongoing “instructional program.”).

The proposed BCPS FY20 operating budget was presented at the 1/8/19 Board of Education meeting. Devices will be used at a 2:1 ratio (2 students/1 device) in Grades K to 2; Grade 3 and up will use them at a 1:1 ratio.  Younger children will use much less expensive Chromebooks.