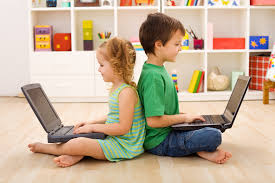 Yet the former superintendent’s troubles go much farther.

Among issues apparently under review by the state: Dance’s “involvement with SUPES Academy,” which did business with BCPS and for which Dance consulted at the time. “In 2014, school system ethics officials ruled that Dance had violated ethics rules by taking a part time job with SUPES after the company got an $875,000 contract with the school system.”  For other reporting on SUPES and Dance, read also this in-depth story chronicling the former superintendent’s history with SUPES, its leaders, and an undisclosed affiliate company Synesi, according to Baltimore Post investigative reporter Ann Costantino.

Dance offered no comment to news reports of a current state prosecutor investigation, but this recent video by the resigned superintendent speaks volumes.

Other details: the former county schools’ chief has been embroiled in yet another contract controversy through his newly formed consulting company, The DDance Group (see below), which apparently contracted with Richmond Public Schools for advising services, including “leadership coaching,” without the knowledge of school board members there. See also a contract doc, RPS board member comments, and post by local news blog RVAdirt. Soon after leaving Baltimore County this summer, Dance was hired as an RPS consultant at $12,500 per month, and was cut checks for $25,000 before questions were raised about the propriety of the consulting contract, according to a Sept. 25 CBS6 news report.

There are some questions about the nature of Dance’s superintendent leadership time here, as his widespread travel took him across the country and elsewhere, likely more than 100 days on the job, records show. See this story previously reported on Dance’s travel and expenditures. And an ongoing edtech travel culture among BCPS administrators. (UPDATE: And a follow-up story on superintendent travel by the Sun, after requests from other news agencies.)

Four months after Dance’s departure, the Sun is also acknowledging the high costs of his signature initiative. As Dance traveled to edtech conferences “the county school system was spending hundreds of millions of dollars on technology — not just laptops, but printers, educational software and electronic identification cards for all students and staff.” To get a look at the high-dollar contracts approved here in Baltimore County–and $300 million-plus in costs related to Dance’s laptop-per-student “digital ecosystem”– see this previous post.  Most of the superintendent’s travel promoted this program; he met with BCPS vendors at various events. Related no-bid contracts, including $10 million for Discovery Education‘s products, are still in place.

When the controversy began . . .

Back in 2013, an investigative news story on SUPES, which first revealed Dance’s consulting job, was published by The Chicago Reporter and then followed by the Sun. Dance dropped the outside job, but stayed on at BCPS.

Former chief of Chicago Public Schools Barbara Byrd-Bennett, a longtime mentor for Dance, was among those embroiled in the SUPES scandal and was among those convicted this year for accepting hundreds of thousands of dollars in kickbacks and sentenced to 4 1/2 years in prison.

Dance, who promised not to consult again after the ethics finding on SUPES (as his contract also later stipulated), has been cited for other ethics violations and criticized for various “appearances of conflict of interest,” as well as costly taxpayer-funded travel to numerous edtech conferences and events, among other issues. (There are also thousands in BCPS-paid costs related to trips at swanky hotels and resorts in Chicago and Las Vegas during the SUPES/Synesi era, though an employee name is not listed, according to a BCPS database noted here). Dance’s Maryland-registered limited liability corporation Deliberate Excellence Consulting LLC, formed in August 2012 (one month after his hiring by BCPS), was listed as Active and “Not In Good Standing” a few months ago, as also reported in this blog—a status which remains.

Many related concerns–including promotional videos Dance did for school system vendors, such as Hewlett-Packard–were first brought up in this op-ed as far back as April 2016.

According to amended financial disclosure forms filed “under penalty of perjury” after an ethics finding, Dance reported no personal income from the Deliberate Excellence, LLC, which according to charter records was formed “to consult and partner with school systems, businesses and organizations around best practices to obtain maximum organizational outcomes.”

Dance unexpectedly announced his resignation in April, partly saying he wanted to spend more time with family. Meanwhile, a few of his post-BCPS consulting positions are no longer listed on those firms’ sites nor on Dance’s LinkedIn profile page, including “Partner, Strategos Group,” and a full-time senior vice president position he announced with MGT Consulting Group when he left the superintendent position on June 30.

On LinkedIn, Dance now only features his own Richmond Va.-based consulting company The DDance Group, Inc. and his role as founder, president and CEO. The DDance Group’s website was launched recently and can be found here. Dance’s overall LinkedIn profile describes him thus: “Father, Leader, Educator, Author & Innovator Reasonably impatient about improving educational outcomes for ALL children.”

Dance’s private consulting group lists numerous testimonials apparently linked partly to his $287,000 annual taxpayer-paid BCPS role as super, as well as conferences and events at which he spoke during his tenure here. The site also showcases photos of Baltimore County Public School children (posted for corporate advertising purposes . . . is that with their permission or that of their parents?).

Despite Dance’s departure, STAT is still being pursued and expanded under current Interim Superintendent Verletta White, who pressed for a nearly $4 million expansion of just two software contracts, iReady and DreamBox Math, this year (see postscript below), despite questions by school board members about the programs’ high costs and lack of objective evidence of benefits. Via the software programs, elementary school children as young as 6 watch math or English language videos, and do gaming-style lessons, or play video games as “rewards” on the devices during the school day.

Among other topics, SUPES promoted edtech and “personalized” computer-based learning  in its SUPES superintendent training, including “virtual learning,” during the years Dance participated.  Messages offered superintendents from SUPES-related training in Chicago include: “We make a huge mistake by thinking that facts make a difference. Facts don’t build trust, perception does.” And, perhaps partly explaining why the high costs and actual results of digital initiatives (see postscript) have not been examined by regional media so far: SUPES and similar training programs have long advised school leaders that the “key is having the media report “news” from your point of view.” BCPS routinely refers to local news agencies as “media partners.”

As CEO of The DDance Group, Dance remains on the board of directors of ISTE, the International Society for Technology in Education, an edtech industry support group where Dance long held a board position as BCPS superintendent. ISTE also promotes Dance’s new biz contact info and, with language similar to his LLC charter, Dance’s bio features his “consulting management firm that partners with schools, districts, governing agencies and organizations to improve educational outcomes . . . ” He also remains listed as a Senior Fellow at the e-Republic* affiliated Center for Digital Education (CDE), roles reserved for “experienced and respected state and local government practitioners and scholars who have demonstrated records of success in support of public service.”

In the low-tech The DDance Group promotional video posted on Sept. 14, an unshaven Dance says he has 20 clients already and hopes to garner the help of others to solve “tough, tough, challenges:” “I have been very fortunate, very humbled, very blessed by what many would consider a pretty successful career, even though it is nowhere near over.”

*As noted here in The Baltimore Post: The company e.Republic (which backs the Center for Digital Education) works with over 700 companies – from “Fortune 500s to startups” –  to help executives ‘power their public sector sales and marketing success.’ Among those listed: Intel, IBM, Blackboard, Microsoft, Aerohive, Apple, Samsung, Dell and Google.” Intel, IBM, Microsoft, Apple, and other companies are familiar entities at BCPS.

Also, among a litany of mostly no-bid digital curricula contracts recently implemented at the county’s public school district: the reading/English language software program iReady, which had a $1.2 million BCPS contract spending authority expanded in July to $3.2 million for fewer than two years more, as approved by the Board of Education and requested by interim superintendent White.
—–
iReady by Curriculum Associates: contract spending authority
http://www.boarddocs.com/mabe/bcps/Board.nsf/files/AMQQSX6AC551/$file/061317%20JMI-618-14%20Modification%20-%20Teaching%20Resource%20for%20English%20Language%20Arts.pdf
—–
Previous:
https://www.bcps.org/apps/bcpscontracts/contractFiles/012015_JMI-618-14%208%20Mod%20Teach%20Resource%20English%20Language.docx
—–
DreamBox Math, meanwhile, jumped nearly $2 million more to $3.2 million for just three more years.
If contacts don’t link, can copy and paste this: http://www.boarddocs.com/mabe/bcps/Board.nsf/files/AMQQTE6AD435/$file/061317%20JNI-778-14%20Modification%20and%20Extension%20-%20Mathematics%20Supplemental%20Resources.pdf
—–
Such price tags total a whopping more than $6 million for two software programs alone in a cash-strapped school system with many pressing needs. Contract spending authorities approved by the Board of Education for such no-bid curricula or related contracts are now surpassing $80 million, just for the next several years, BCPS records show. Yet the school district cannot pay for enough social workers, with a BCPS ratio of only one worker to serve more than 1,000 students, when “the American School of Social Work recommends one social worker for every 250 students,” as this post also eloquently reveals. And this in a school district where nearly half of students live in poverty.
—–
On a hot day in early September, in one of dozens of county schools without air conditioning due to “limited funding,” the temperatures inside classrooms were recorded as high as 114 degrees. One 16-year-old “felt crippled by a pounding headache. Her asthma started acting up. She put her head onto her desk instead of working on how to translate DNA to RNA” in her biology class. It was simply too hot:. “It was impossible to learn.”
—–
Side note:
In the end, many would agree digital technology has a place as a modern tool of learning, yet where is the balance?  Analyses are required when children’s minds and futures are involved, especially for the young. Consider this objective 2017 National Education Policy Center report on “blended and virtual learning;” and a balanced recent Business Insider story on DreamBox, which also questions the “personalized-learning” computer-based approach, and points out just how many data points are collected on children—50,000 per hour per student just by DreamBox. (Children have been required by BCPS to spend a certain amount of time on DreamBox.) Meanwhile, well-conducted research, that’s not funded by tech companies themselves, does not reveal statistically significant positive outcomes. Current software should not replace teachers, as promoters and investors claim it can. And minor tech tools should not be used as silver bullets. Overall, consider the widespread industry marketing campaigns and venture capitalist profit-margins behind it all. — JCS