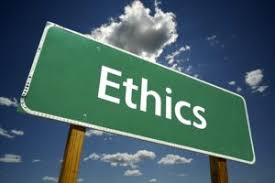 There’s a lot at stake. The decision — which allows time to review district initiatives and wait for a newly elected school board and new county executive within the year — only makes sense. As state Superintendent of Schools Karen B. Salmon noted: “That will allow sufficient time for completion of the audit, and for full disclosure of the results.”

Verletta White could bring a great deal to the job; and she might continue as interim superintendent for another year, as the state noted. Yet time is needed: Ethics concerns linger. Normal procedures should be followed to select the schools’ next leader. Mislaid trust and lack of objectivity remain prevalent–well beyond recent outcomes with the controversial previous head of schools.

The sentencing of former Superintendent Dallas Dance to six months in jail on perjury charges revealed a culture of lies. Yet issues cited by the state prosecutor and the Baltimore Sun “Baltimore County officials fear that Dallas Dance’s conviction has hurt public trust in schools,” still persist among the administration he has left behind, including possible “exploitation of positions of trust.” That can be addressed, but only if action to separate from Dance’s questionable legacy is taken.

For White, who has said she wants to restore the public trust, these actions include:

Overall, the STAT digital initiative still seems a pre-ordained BCPS-described “conversion” being used as a template and digital prototype around the nation: No matter the cost to students here.

There’s the continued travel conference culture, with nearly $400,000 for just a handful of administrators such as BCPS digital director Ryan Imbriale, who widely promotes the district’s digital initiative nationwide and whose role should be reconsidered* (Postscript 2). See travel costs laid out in next year’s BCPS budget,  according to records. Troublesome edtech industry affiliations and potential conflicts-of-interest reveal bias, not a balanced view about the pros and cons of increased tech reliance in schools, especially elementary level. Interim Superintendent White–who was recently voted permanent by the school board in a surprise mostly split-decision now toppled by Salmon–has served with the Center for Digital Education and other affiliations. She should instead forge her own way forward, relying on her years in the classroom, not jumping at yet another education fad: Computer-centered learning.

White, also cited for ethics violations, has amended her financial disclosure statements after failing to disclose outside income, yet the school board’s Ethics Review Panel also found she violated ethics laws by accepting such compensation as private gain “in her capacity as a school official.” White admitted earning $12,000 over four years of undisclosed consulting for the Education Research & Development Institute (ERDI). Under Policy 8363 “Conflict of Interest — Prohibited Conduct,” as cited by the ethics panel and referred to in Salmon’s letter: “A school official may not intentionally use the prestige of office or public position for private gain of that official or the private gain of another.”

White was approached by ERDI because she was a public school official, the ethics panel found: “The Panel concludes that White was invited to participate in ERDI conferences directly as a result of her position as an education leader in the Baltimore County Public Schools and that she was compensated financially by ERDI for that participation.”

In response, White has vowed not to consult in the future (as Dance also promised), yet has she paid that money back? That private gain would remain.

Even more alarmingly, White has not publicly disclosed ERDI-related companies she met with as the schools’ Chief Academic Officer, a public role that oversaw the selection of ERDI-affiliated BCPS vendors under Superintendent Rule 6002. Such vendors now earn taxpayer-funded multimillion-dollar no-bid curricula contracts, most set for expansion. Those include a combined $6.4 million for just two software vendors, DreamBox Learning and Curriculum Associates/iReady, with whom Dance met as a consultant, as part of industry-supported efforts. Those contracts were championed and $4 million in expansions approved under White’s tenure in July 2017, after Dance left.

To “restore trust,” White should clearly name companies she met with via ERDI panels, focus groups, and conferences overall — conducted during the deployment of the STAT laptop-per-student rollout. She is a taxpayer-paid official. The public has a right to know potential or current vendors with whom she met. Otherwise, how do we know whether there was influence or not?

(Links to the state superintendent’s letter, and the full Ethics Review Panel report can be found within this Sun story). White has denied wrongdoing, and her letter to BCPS staff in response to the state’s decision can be found here.)

White has a strong background in the school system, and does not need to follow the signature program created by her predecessor, whose claims have been proven fraudulent. Time would allow a more objective review, for example, of the district’s current student score citations and claims, as those appear to also be cherry-picked to “support” the program, not objectively evaluate, and have been questionably defended. These claims were made in the past year, primarily under White.

White says that the audit would target the work of her predecessor as “the previous administration.” Yet she was second in command, and also oversaw and recommended the selection of the no-bid curricula contracts under BCPS Policy 6002. For a few details: That unusual BCPS policy for instructional materials bypasses competitive bidding processes, the gold standard in procurement. (The district’s avoidance of such bids has also drawn criticism from the state’s auditor).

Under the policy, a selection committee made up of teachers, principals and others reviews material brought to them by administrators such as White, and forwards the recommendations “to the Chief Academic Officer for review and action.” White, as chief academic officer, then made a recommendation to the board and superintendent for final approval. In other words, she was intimately involved in the selection or expansion of such no-bid curricula contracts totaling more than $60 million, and that’s among ERDI clients alone. These contracts remain in place, and are being further pursued at BCPS.

Here too is a video of White, along with Dance and Imbriale, at an edtech summit co- sponsored by Global Silicon Valley. The panel was led by a representative of Discovery Education, whose $4 million contract with BCPS was expanded to $10 million just a few months later. The school district said the conference paid for their trips and pricey California hotel rooms.

Indeed, to explore her claims of upstanding practices, the audit should now be expanded to cover White’s year in office as well, including payouts to and services provided by Discovery Ed, and contracts with DreamBox and iReady/Curriculum Associates and the recently approved new 4-year round of laptops–accomplished squarely under her tenure as interim superintendent. White discussed seeking an audit in November, yet seven months later it appears little has occurred.

In the end, the controversial laptop-per-student program brought to the county under suspect circumstances by Dance, who did promotional videos for edtech vendors such as HP and related, is mushrooming under White — with another staggering $140 million contract for laptop leases alone, on top of $100 million and counting already spent out via a previous concerning contract with the same bidder. These are hundreds of millions for leased laptops, which are discarded after four years. A forever revolving door of e-waste to boot.

Laptops are expanding to high schools next school year, which is likely where they should have been placed initially. Yet students are assigned devices 1:1 all the way down to first grade. The newly approved device contract with Daly Computers, an HP-reseller, also includes lease payments at least twice recommended costs and industry standards (even as recommended by HP), and indicates likely misspending–prompting ongoing questions of possible malfeasance that should be investigated via an audit and other means.

One has to therefore ask: Why not take a step back? What is the continued role of corporate influence here? How much pressure is coming from such quarters as Hewlett-Packard, whose devices have been chosen during both mega-million contract rounds (this time, the internal review, testing, and ranking of the proposed devices was conducted under an apparent “non-disclosure agreement.”) See a pattern of HP tech contract controversies here, here, here and BCPS-related advertising here. (Details in postscript below). And if one is to ‘follow the money:’ At more than $300 million combined, the Daly/HP contracts are the biggest money here.

Actual transparency, objectivity, and further digging is required before any trust can be restored. County and state audits and further investigations by the press and other oversight agencies are also required, otherwise defenses ring hollow.

Overall, technology is needed in schools, yet overspending, misspending, and a lack of objectivity takes away much-needed resources and other proven student supports, such as smaller class sizes, for more than 100,000 young people in the county, and possibly many more in the state and elsewhere if BCPS continues to serve as a “model” for other districts–which is still being pressed by the district administration as this titled event notes, “The Future of EdTech Starts Here“–despite deeply fraught circumstances at Baltimore County Public Schools.

Hewlett-Packard, which has a checkered past with government tech contracts, has also been an apparent backer of the schools’ digital initiative/laptop program (see links below).
——
Hewlett-Packard widespread bribery case and settlement: “Computing multinational Hewlett-Packard (HP) is to pay US regulators $108m to settle a corruption scandal involving employees at subsidiaries in three countries, who were charged with bribing government officials to win and retain lucrative public contracts.”
https://www.theguardian.com/business/2014/apr/09/hewlett-packard-108m-corruption-government-it-us-bribery
—
HP workarounds / Idaho, got in a $180 million laptop contract two weeks before a voter referendum on the program (which was rejected by voters because of costs).
http://www.spokesman.com/stories/2012/oct/23/idaho-awards-180m-school-laptop-contract-h-p/
—
Likely relevant: “Hewlett-Packard has agreed to pay $16.25 million to the federal government to settle whistle-blower lawsuits alleging that contractors working for the company lavished meals and gifts . . . The investigation centered on tips that contractors working with Hewlett-Packard and other companies gave the gifts to employees of the Dallas and Houston independent school districts, hoping to get inside information and win contracts that were supposed to be awarded through competitive bidding, federal authorities said.” Dance formerly worked at the Houston independent school district. He was not cited, though numerous trips and meals were covered by edtech companies and the school district while he was superintendent in Baltimore County.
https://www.nytimes.com/2010/11/11/technology/11hewlett.html
—
Other violations and apparent strong-arming of journalists (!)
https://sabew.org/2007/05/the-aftereffects-of-the-hewlett-packard-scandal/
—
HP/Baltimore County Public Schools video, etc.
https://www.youtube.com/watch?v=xO1mK3KbqWQ
—
There are also numerous other “collaborative” documents, such as an HP “Case Study” of BCPS titled: “Blended learner-centered classrooms integrate digital content with HP Tablet PCs.”
—-
Postscript 2:*
Ryan Imbriale, who “leads” the BCPS digital initiative, is not exactly objective on pros and cons of tech integration in schools: According to his bio here:  He “has extensive experience presenting to audiences on online and blended learning,” and “is a Past-President of Maryland’s ISTE Affiliate, and a former member of the Board of Directors for ISTE, the International Society for Technology in Education.”
—-
“In 2010, Tech & Learning magazine named Ryan one of the future leaders” and he “was honored by Intel® as an Education Visionary, an elite group of approximately 40 education leaders from all over the world who will be exemplars for global education transformation.
—
See link URL here: https://2017learningimpactleadershipinst.sched.com/speaker/rimbriale