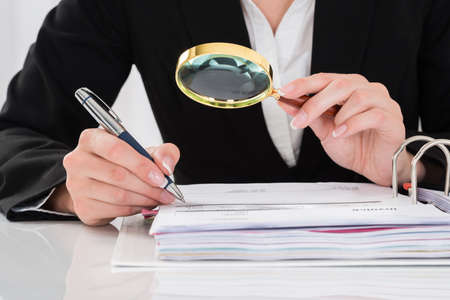 A scathing County Auditor’s report on the school district’s laptop-per-student program known as STAT reveals BCPS plans to tap an “unprecedented” level of emergency funds for next year, nearly $32 million. Leaders might also help shore up the controversial digital initiative via a fund for retirees’ health benefits.

The proposed 2018-19 budget for BCPS “relies upon the use of an unprecedented level” of BCPS’ “fund balance as a revenue source,” the county Office of the Auditor budget analysis notes. “Such a fund balance, by the school system’s own projections, will not be available at a similar magnitude in future years.” (See details footnote 1 below, and link to report here.)

Under STAT, as continued by current Interim Superintendent Verletta White, there will be ongoing four-year turnover of laptop leases–massive spending now approaching $300 million for the program’s first several years alone (The 2014 $205 million laptop contract–well over $100 million of which has been spent so far and counting with current leases, according to school officials. Another contract “refresh” for a separate $140 million was recently awarded to the same bidder Daly Computers/HP this spring, plus $17 million in additional 4-year contracts for tech services (see footnote 2).

Such staggering amounts far outpace other school districts nationwide and do not include the many software curricula, tech infrastructure, and related costs for tens of millions more annually. And BCPS’ one-to-one juggernaut is expanding, despite such 1:1 programs’ ongoing financial woes and lukewarm student outcomes. See recent PCWorld’s “Who Needs Computers in the Classroom? Not Students: The money is better spent on sincere and hardworking teachers.”

An outside audit, based on widening local and state concern over such costs and contracts, finally went up for a vote, and was approved by the school board.

Compare such pay outs to another startling BCPS figure that belies claims that tech is not replacing teachers: The district has 388 positions “vacant as of April 15, 2018,” mostly instructional and transportation jobs. This number has trended high, nearly triple the amount of unfilled jobs in 2012, when former superintendent Dallas Dance was hired, and planning for the digital initiative began (for details, see p. 14, auditor budget analysis). Are positions being left open to pay for STAT?

In addition, the County Office of the Auditor pointed out that the county’s proposed FY 2019 budget for BCPS totals $1.7 billion, with a general fund increase of $28.3 million including “new funding for the S.T.A.T. program, and funding for curriculum materials. These increases are significantly offset by the elimination of retiree healthcare funding, which totaled $25 million in FY 2018.”

It’s unclear what that “elimination” means, though it apparently does not mean that employee or retiree health care benefits have been cut, or that coverage won’t be available to future retirees (benefits, however, have been trimmed back previously, as a percentage of health costs covered etc., according to county documents). Recent discussion among county and school officials instead described a “budget appropriation transfer” from the retirees’ fund reserve, apparently to be used to pay for STAT and other expenditures. This raises questions re: possible raiding of the fund now and over time. Will there be an ongoing countywide tapping of underfunded retirement and outside-pension employee benefits (OPEB) monies?

Update: While the fund does include substantial assets, a recent county “Spending Affordability Committee” report noted concern about “policy decisions that have put at risk future retirement health care benefits for the County’s current employees and retirees, as well as saddled the County with long-term commitments that are unaffordable under the current revenue structure.”

The County Office of the Auditor’s budget analyses inform the council and county leadership, who then determine appropriate funding for county departments, including schools. A budget work session was held in council chambers in Towson on May 17, in which BCPS cited misleading score claims and related. Previously, the three Republican county council members (Wade Kach, David Marks, and Todd Crandall) voted to strip $14 million from the schools’ STAT program, but were outvoted by Democrats on the council.

Spending priorities also seem way out of line. The county administration has mostly allowed multi-million dollar increases for STAT, yet for the proposed budget for next year: School safety measures — “one-time maintenance funds of $644,800 were requested to update software operating the card door access control system which provides security to all schools; however, the County Executive did not fund this request,” the report notes (footnote 3).

Laptops in high schools certainly make more sense, but the latest $140 mill round to HP/Daly Computers created yet another scandal, still costing twice an industry standard and well above other Maryland counties. Such expenditures top ongoing questionable in-development education software being tested on district children, totaling more than $60 million in no-bid contracts yet to be audited. For example, $10 million alone to Discovery Education in a no-bid contract for online “techbooks” and related.

Baltimore County Council members, executive leadership, and state representatives should review this analysis closely and judiciously. The report also offers options to “slow the rapid proposed growth in BCPS spending,” i.e. burdensome laptop costs, and possibly provide devices in elementary schools on carts (as most digital districts pursue) not assigned 1:1 in lower grades. Such moves would save $14 million or more next year, and avoid a scenario that seems to be threatening state Maintenance of Effort (MOE) requirements, a state formula for school funding. Approval “as is” might also lock the county in to higher taxpayer-funded contributions for years to come.

As the auditor’s budget analysis stated: “it is important to note that committing ongoing funds above the MOE level represents a binding funding commitment. Once the Council appropriates such funds, the County is unable to “pull back” its spending authorization on a per-pupil basis – in the upcoming fiscal year or in future fiscal years.”

The Maryland State Board of Education (MSDE), in an apparently unusual move, also recently refused a schools’ exemption request for $4 million in added curricula to be categorized as a “one-time” cost the state would cover; (most of the digital curriculum is set by multi-year contracts, and thus is not necessarily one-time). This could send additional funding commitments back to the county or schools, causing the BCPS budget to soar to nearly $30 million over the state’s MOE requirement. The district has appealed the decision.

This $4 million and other curriculum contracts also run contrary to previous promises that digital curricula would only cost $1 million annually. In a 2014 article, BCPS digital director Ryan Imbriale said the district would “move its entire curriculum online and make it available to teachers and students. He estimates that the district will spend more than $1 million a year on digital resources for its 108,376 students.” (BCPS One, also mentioned in the story, adds another $2.5 million or so annually in software/platform fees and related to several vendors, school records show. Now Schoology, Inc. will apparently be contracted for more than $3 million over five years, replacing one of those vendors, Engrade, which the district says was paid out $3.4 million by early January this year. (see footnote 5). Mind-boggling numbers and shell games it seems.

Among other suggestions for budget cuts, excerpts from the Office of the Auditor schools budget analysis for 2018-19 include reducing the appropriation to Education’s “Other Instructional Costs” Program (3505), which does not include any salary costs.”

Lastly, the audit point out various school needs yet to be covered, including: Multi-year plans to increase the number of guidance counselors, social workers, pupil personnel workers, and psychologists.

Overall, after years of leadership controversy at the county public schools, it seems rather clear that fiscal professionals in-the-know understand that the costs and 1st-12th grade implementation of this laptop-per-student program are unsustainable. Are county taxpayers facing a long-deferred tax hike, or a government pension debacle that might come back to haunt the county and school district in a market downturn–or longterm?

Leaders indeed need to look out for schools that have numerous other unmet needs: 388 unfilled positions, a bulk of those instructional roles; current teachers who must pay money out of their own pockets for classroom supplies; principals facing slashed school discretionary budgets; students in need of staff support; and taxpayers who are footing the bill for an apparently ill-thought-out corporate-backed tech initiative in county schools.

See also “Priorities in a School System Where Nearly Half of Students Live in Poverty.”

Future projections for county and school retirees’ health care benefits remains unclear. Stakeholders should ask school board members and county council members to clarify this issue as well as cuts to services, and overall siphoning off of money from “all areas of operations” for STAT, including school discretionary budgets and numerous important areas of need all around.

1. The “fund balance, by the school system’s own projections, will not be available at a similar magnitude in future years (see page 83 of the FY 2019 Board Proposed Operating Budget).” Some of that money was cached for STAT’s wider rollout, but BCPS’ own projections show that not enough surplus will be available regardless. “The proposed budget relies on the use of approximately $31.8 million of BCPS’s fund balance, which BCPS projects will total $29.7 million at the end of FY 2018 and $17.0 million at the end of FY 2019.”

2. Maintenance vendors are apparently tackling all of the district’s tech: “BCPS issued an RFP for contractors to provide skilled network support and maintenance technicians for the Department of Information Technology. On May 8, 2018, the Board of Education approved the four-year, 1-month $17.3 million contract with 27 vendors for the support and maintenance of the technology hardware and network used in schools and offices, including the digital devices.”

3. See pages 18 and 19 of the county auditor’s budget analysis to see what specific costs were not funded by the county, and elsewhere to see what was expanded, such as ESOL services.

4. Regarding the maintenance of effort (MOE) formulas the state uses to determine funding to schools. This is pretty complicated (again, see budget analysis itself), but the nitty gritty is here:

“The proposed budget exceeds the State’s MOE requirement by $29.8 million, which would increase the County’s MOE requirement by $273 per student for FY 2020. (On May 4, 2018, the County’s Office of Budget and Finance advised that it submitted an appeal to MSDE to reconsider its decision to disapprove $4 million in one-time curriculum costs as an exclusion to MOE; should MSDE reverse its decision, BCPS’s budget would exceed MOE by $25.8 million).”

“As of May 16, 2018, Baltimore County’s proposed FY 2019 General Fund budget exceeds the Spending Affordability Committee’s spending guideline by approximately $4 million due to MSDE’s disapproval of an MOE exclusion request by the County; an appeal of this disapproval is pending (should MSDE not reverse its decision, the proposed budget would be $29.8 million above MOE).”

5. Re: Schoology, BCPS contract records note: “This is a new contract to provide a learning environment to host student performance, grades, curriculum, content, assessments, professional development and communication tools for staff, students, parents and the community. Approval is requested for a five (5) year contract with one (1) recommended bidder and contract spending authority of $3,037,620. The Learning Management System (LMS) is a learning environment used by BCPS staff, educators, students, and parents in the teaching and learning process. LMS supports an interconnected system of curriculum, content, assessment, and communication tools. This contract will replace contract JNI-749-13 [Engrade] which will expire on October 1, 2018. The average annual expenditures on contract JNI-749-13 were $691,000 and total contract expenditures are $3,455,302,” according to BCPS records on the Schoology contract up for approval in early January. So, that would make a likely total of more than $7 million for what is essentially an online grading book with teacher contact info?

For more info on increased funding for STAT, see also p. 93 of the 2018-19 BCPS proposed budget: “Contracted services increase 21.2% primarily due to the increased leasing costs associated with final year of implementation of the S.T.A.T. program, providing one to one devices for students; providing audio visual upgrades,” etcetera, etcetera.

And additional background info: Apparently the Los Angeles Unified School District (LAUSD), which had a troubled tablet program, approved only a one-year contract at first to see how it went. Not well.

2 thoughts on “Schools emergency funds and retirees’ health care benefits to be tapped to pay for STAT? Updated 5/20”